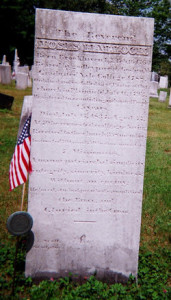 Soon after he settled in Plainfield in 1792 the Rev. Hallock found that his salary was inadequate so he “began to receive students into his family” and started his preaching andteaching that continued for more than 30 years. For a dollar a week the person rec’d board and tuition. This source says that Hallock taught over 300 students of whom 132 entered college and 50 became ministers and six becoming missionaries.
In 1815 two of his sons were attending Williams as evidenced by a letter that is in the archives. From: Williams College and Foreign Missions by  John H. Hewitt c1914

Mission Park – A ten-acre park commemorating the “Birthplace of American Foreign Missions.” Mission Park and the Haystack Monument are located a short walk north of the First Congregational Church and Chapin Hall, on the Williams College campus.

“HALLOCK, Gerard, journalist, was born in Plainfield, Mass., March 18, 1800; son of the Rev. Moses Halleck. He was graduated at Williams, A.B., 1819, A.M., 1822, and in 1824 established in Boston the Telegraph, which in 1825 was merged into the Recorder. He removed to New York city in 1827, to assist in editing the New York Observer, of which he was part owner, and in 1828 became part owner with David Hale in the Journal of Commerce. In 1828 they obtained advance European news by intercepting incoming vessels at Sandy Hook, and in 1833 secured advance information from congress by an express coach between Philadelphia and New York, with eight relays of horses, and this relay was subsequently extended to Washington and finally resulted in the Halifax express. Although a pro-slavery Democrat, he was a friend of the slaves, believing in emancipation through compensation to owners, and he personally purchased the freedom of upwards of one hundred slaves, whom he transported to Liberia. He contributed $119,000 to erect and maintain a church in New Haven, Conn., and founded the Southern Aid society when the American home mission society withdrew its support from the churches maintained by slave-holders. When the government in 1861 denied the use of the mails to the Journal of Commerce, Mr. Halleck retired from journalism and from all participation in public affairs. He died in New Haven, Conn., Jan. 4, 1866.” The Twentieth Century Biographical Dictionary of Notable Americans: Volume V

In 1864, the punchcutter Homan Hallock, who with Eli Smith was responsible for the admirable ‘American Arabic’ types that were used in the Van Dyck Bible translation, produced this experimental Arabic type. It may be the first attempt at systematic Arabic script reform, preceding the Cairo Academy initiative of 1933 by almost seventy years. It doesn’t seem to have been employed, except in the single specimen sheet produced by Hallock. 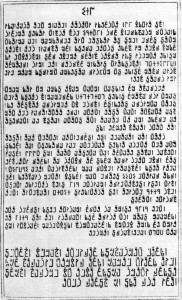