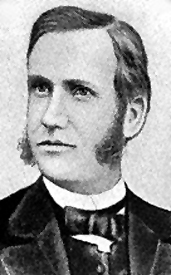 Marcus Whitman (September 4, 1802 – November 29, 1847) was an American physician and missionary in the Oregon Country. Whitman was born in Federal Hollow, New York to Alice and Beza Whitman. Their immigrant paternal ancestor was John Whitman, who immigrated to the Massachusetts Bay Colony before 1639 from England. After his father’s death when Whitman was seven years old, he was sent to Plainfield, Massachusetts to live with his uncle. Whitman dreamed of becoming a minister but did not have the money for such schooling. He did however attend school in Plainfield with Rev. Moses Hallock, who had 304 students matriculated at his school, 132 went on to enter college, 50 became ministers of the gospel, and 7 ventured forth as “missionaries to the heathen”.  Whitman studied medicine for two years with an experienced physician under the form of apprenticeship approved then, and received his degree from Fairfield Medical College in New York. He practiced for a few years in Canada but was interested in going to the West. Along with his wife Narcissa, he started a mission to the Cayuse in what is now southeastern Washington state in 1836. The area later developed as a trading post and stop along the Oregon Trail, and the city of Walla Walla, Washington developed near there. In 1843 Whitman led the first large party of wagon trains along the Oregon Trail to the West, establishing it as a viable route for the hundreds of thousands of immigrants who used the trail in the following decade. Settlers encroached on the Cayuse near the Whitman mission. Following the deaths of all the Cayuse children and half their adults from a measles epidemic in 1847, in which the Cayuse suspected the Whitmans’ responsibility, they killed the Whitmans and 12 other settlers in what became known as theWhitman Massacre. Continuing warfare by settlers reduced the Cayuse numbers further and they eventually joined the Nez Perce